Alternate Route is a single-player combat/stealth level built with CryEngine3. This level was built as a call-out to the original Cyrsis2 level “Alien Vessel.”

Objective: Reach the subway at the end of the alleyway.

I aimed to push my level to the same cinematic quality of the original Crysis2 levels. I used Flow Graph to script a helicopter crash sequence and setup AI patrols that push players forward through the level.

Doing an exterior-interior level, I wanted to create livable spaces that made use of negative lighting to tell the larger Crysis 2 story of a post-apocalyptic world, which guided them through environmental storytelling & light.

1. Paths in the level must have distinct visuals and identifiable advantages and disadvantages for players to make satisfying, strategic choices during play.

2. Identify playstyles early to properly define which areas of the level are / aren’t working for those players.

The majority of planning went into designing the routes players would take through the level. Each route had to be immediately recognizable as a separate route.

The initial design in-editor had only 2 paths. Playtesting showed that a binary choice in pathways didn’t give emergent or dynamic combat scenarios. Players stuck to a dominant strategy even after they died.

Iteration #1: Give players 3 distinct pathways that each had advantages and disadvantages.

In the next iteration, I gave players another route, and an easier way to switch between paths. Convergence points allowed players to change their strategy midway through the level. It was also important to make the visuals of each route different from the other. In the next playtest, giving players strong visual distinctions between pathways helped them identify which playstyle that path encouraged.

In the heat of combat, players needed to see distinct differences in paths, and also the ways they connected.

Stealth players need areas they can easily sneak through, with riskier melee areas that offer a high reward for successfully stealthiness.

Quick escape routes and hide-aways allow Novice Players to pick off enemies one by one in a safer manner. Novice players need cover opportunities that allowed them to take reprieve.

Iteration #2: Change the level-end to a circular design to give players more choice during the final boss encounter.

Originally, the boss fight was completely linear, creating a bottleneck that forced players to use a different playstyle. Instead, players wanted to use their preferred play strategy, and if it failed, be allowed to change it.

At the begging of the project, I thought creating distinct paths for players was the only way to achieve versatile gameplay. I discovered that players enjoyed different routes when they aligned to different sub-goals (long-range sniping v. close-range combat). Players also enjoyed the end section, which offered more solutions to the same problem of defeating the final boss.

Triggers on either side of the map spawned enemies on the opposite side of the player. This created dynamic encounters around the player’s location. Patrolling AI always walked towards the start of the level, and circled back. Through smart objects, AI units would also use smart objects to jump over road barricades campers & stealth players would use as cover.

Every script worked together to create a dynamic, seamless combat encounter and push players forward.

These patrol units easily see stealth players and shoot when the player gets too close.

To enhance gameplay, I scripted a helicopter crashing into the Skybridge. This included AI pathing, swapping meshes and particles in/out, and balancing timing so players experienced the helicopter crash before they reached the skybridge (even if they sprinted).

This level spawned AI based on player location in the map to offer each route a unique gameplay.

Two AI will always trigger when players run on the right side of the map and sneak attack players from above.

Negative lights and shadows created a more realistic and believable world that could foreshadow upcoming danger. 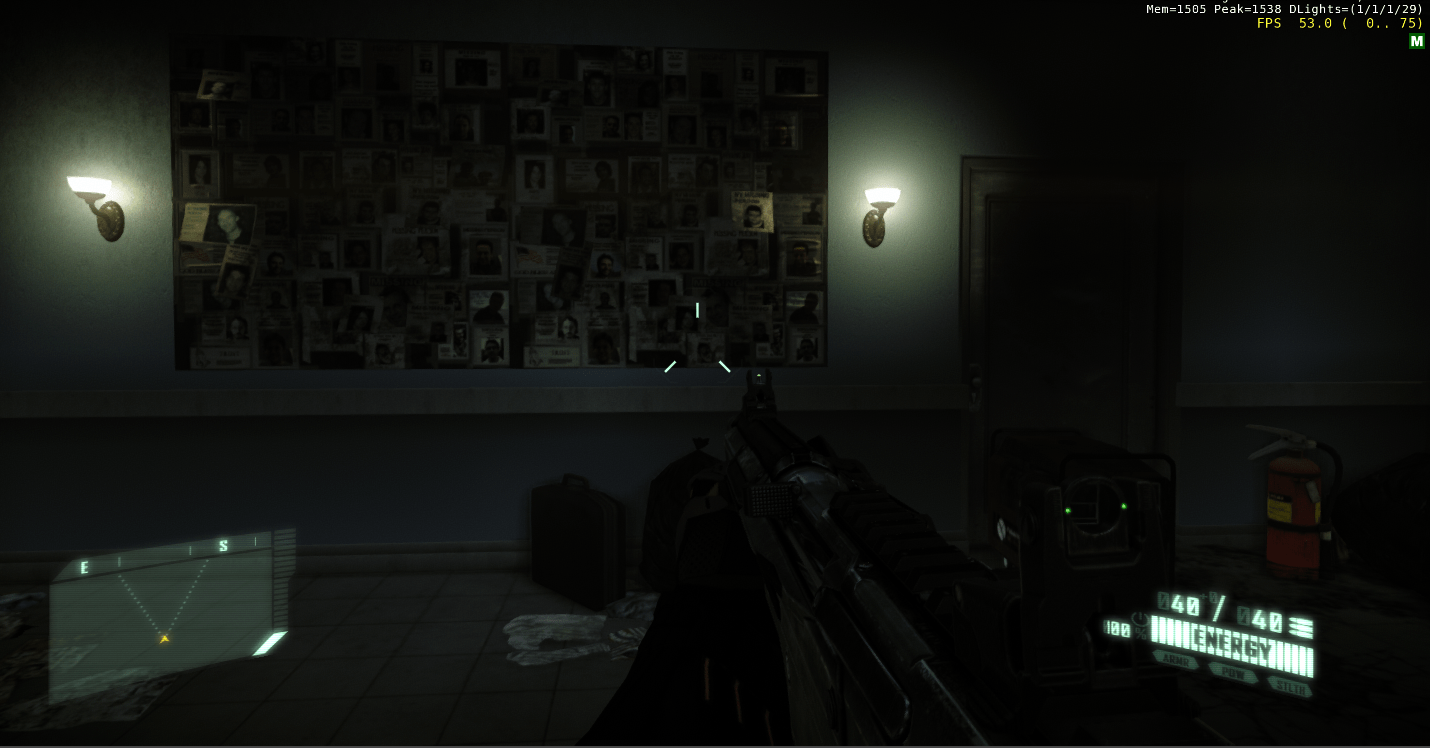 interior of the elevator when the player enters the level

a man sitting on a chair, there is a shotgun next to him, and a teddy bear close by 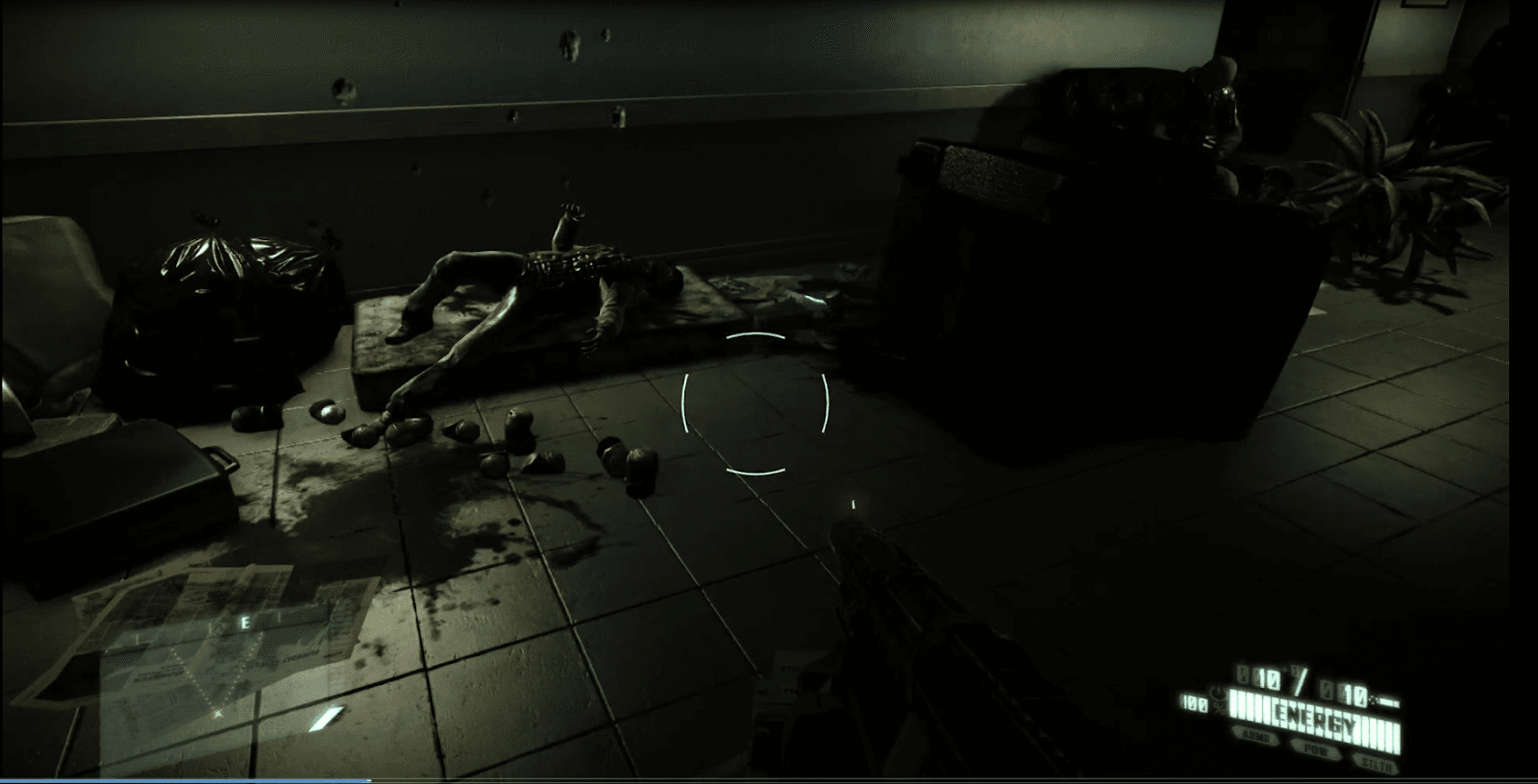 a dead corpse lies on the bed, trash and blood stains everywhere

a knocked over seat in an office lobby reception, a door players cannot enter but shows a makeshift medical area behind 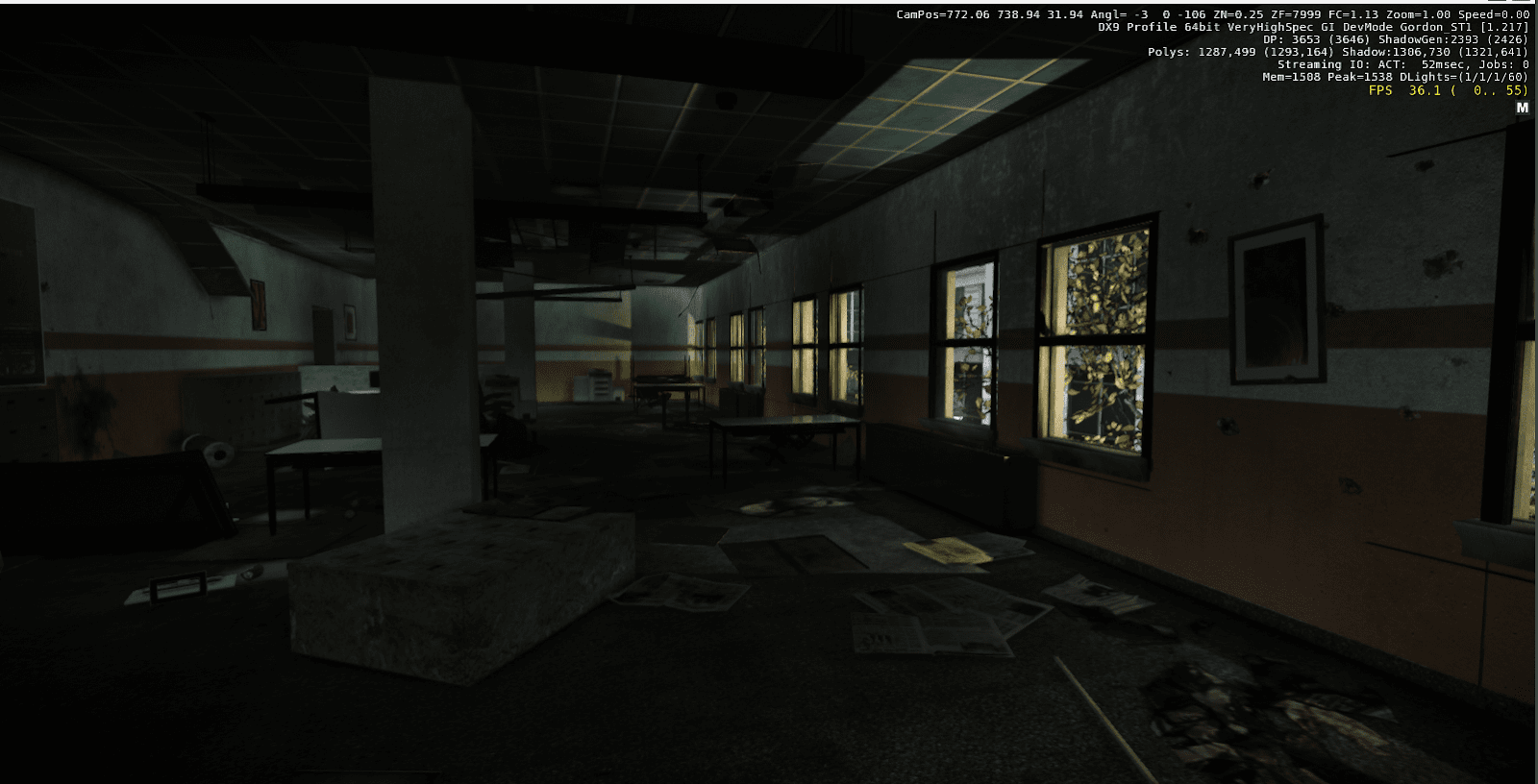 the office with negative lighting 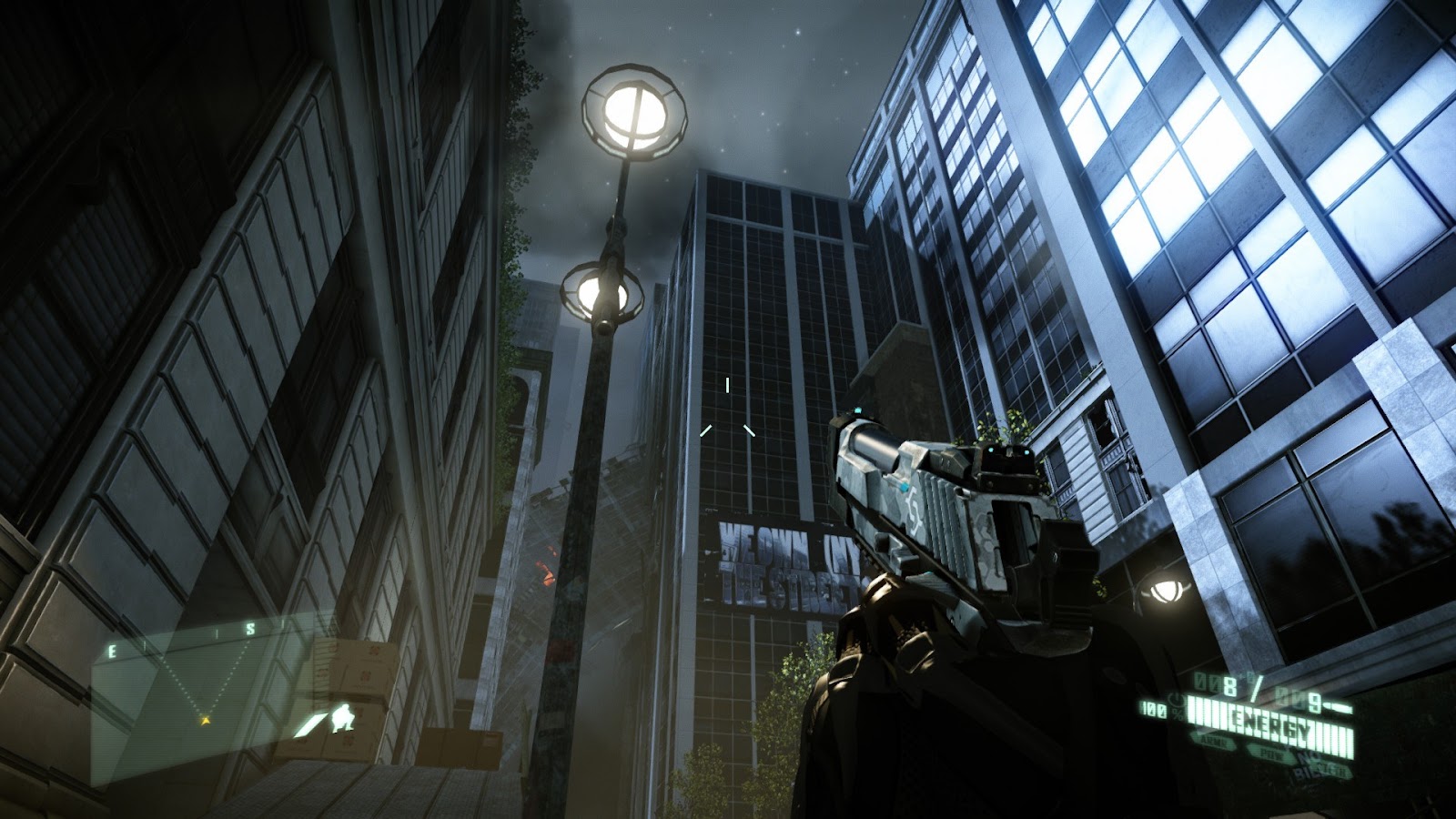 the level was set at dusk to take advantage of Crysis 2 real “day/night” cycle. this level could be played at night or during twillight 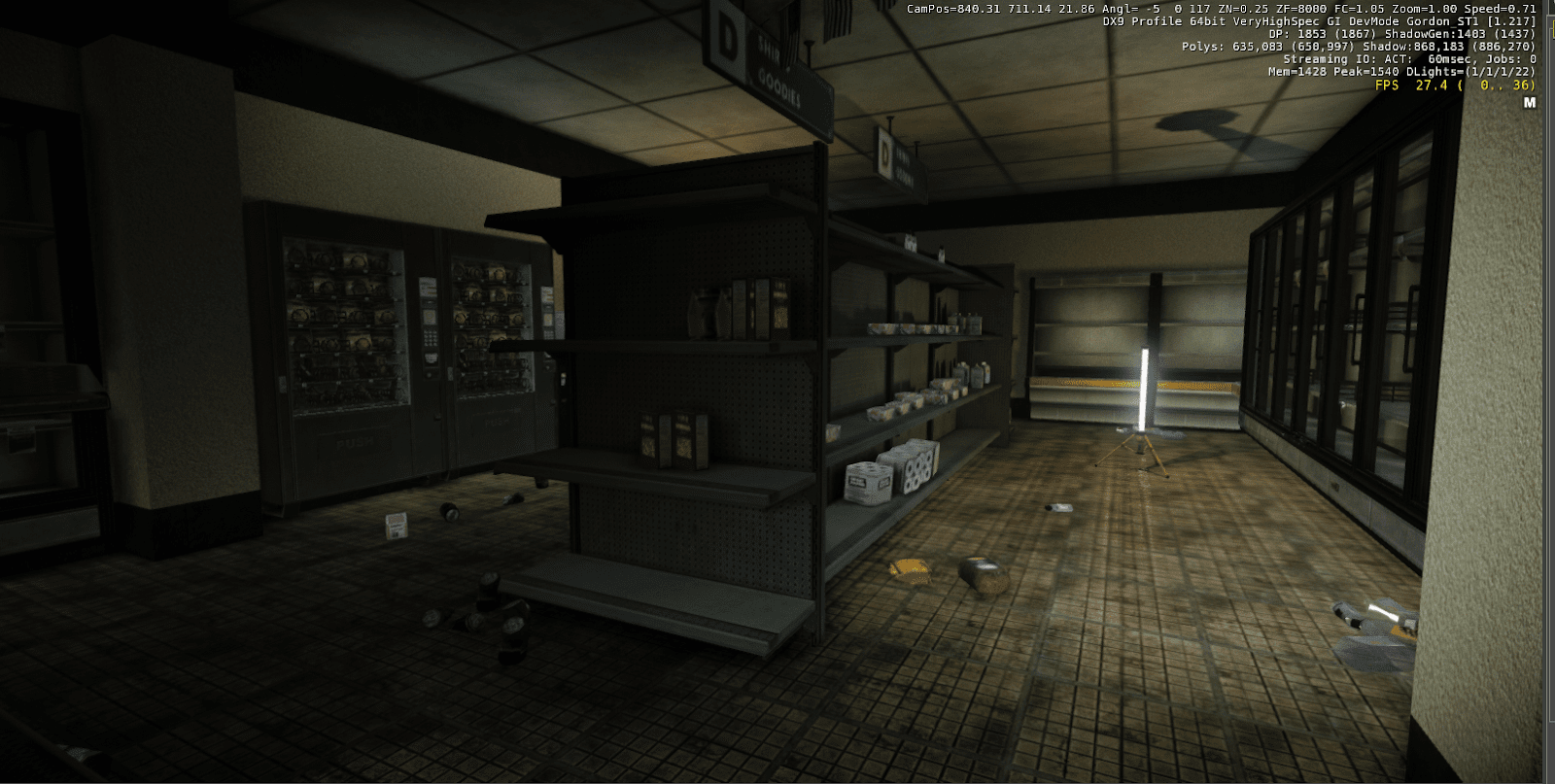 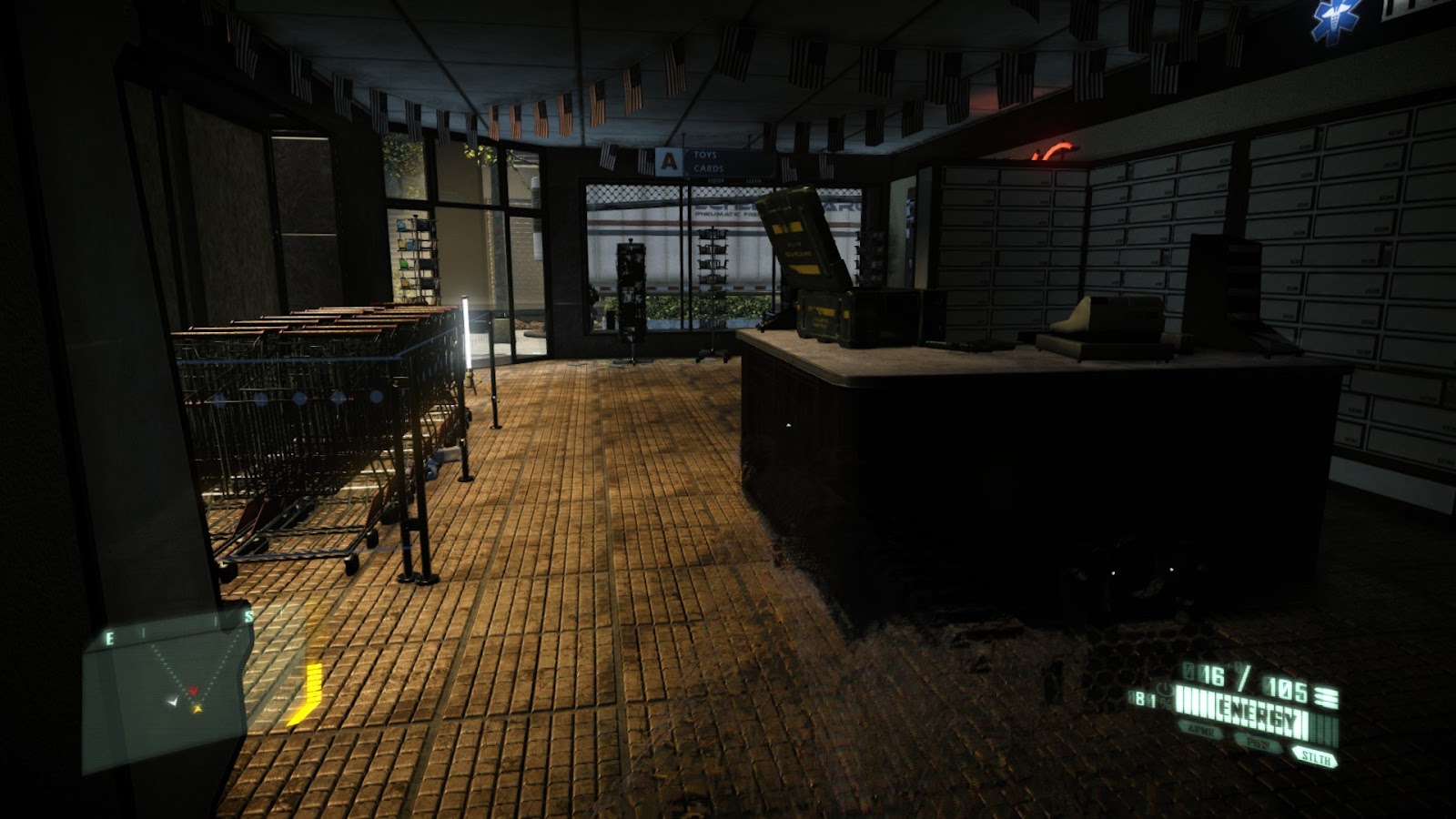 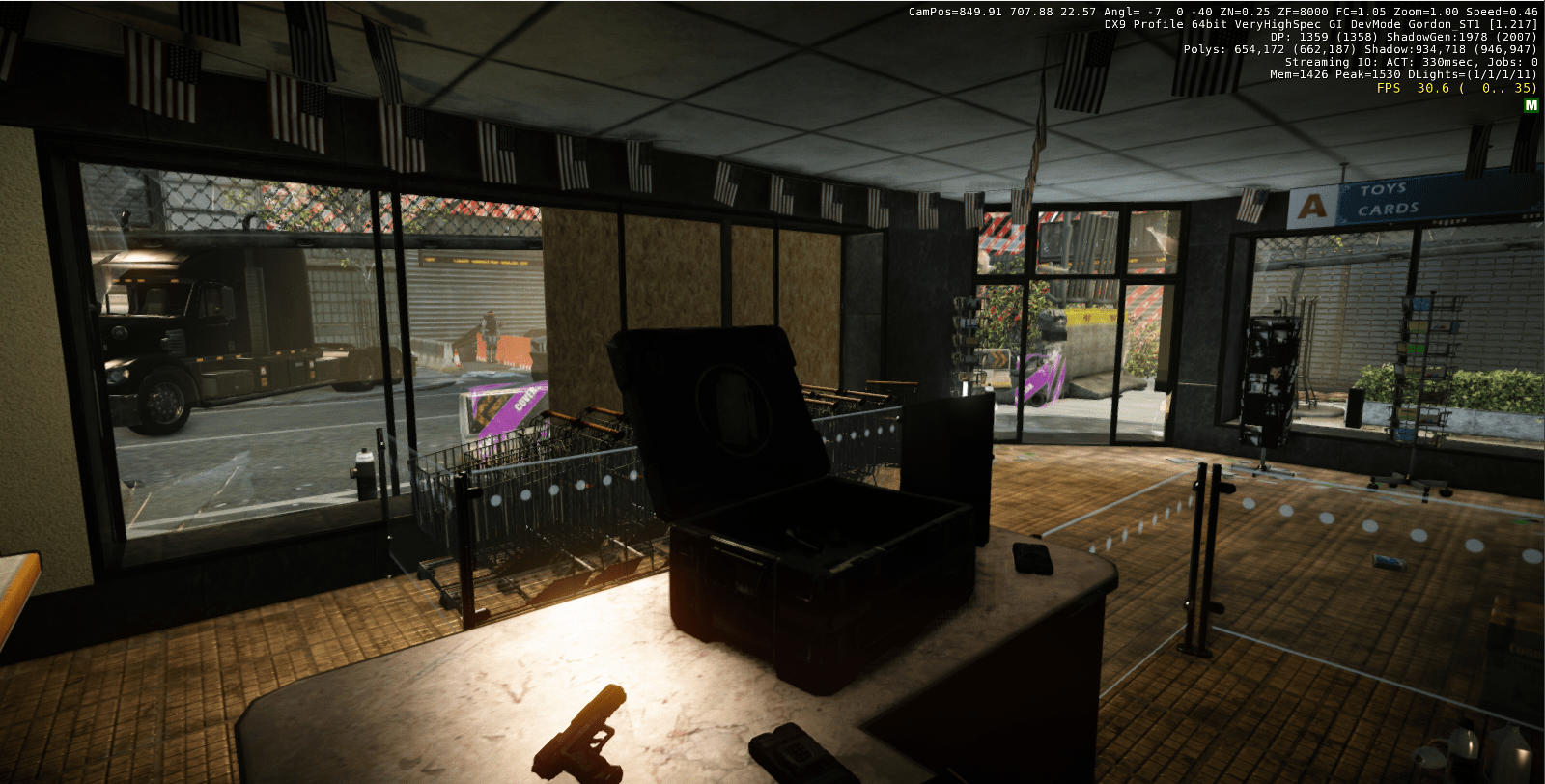 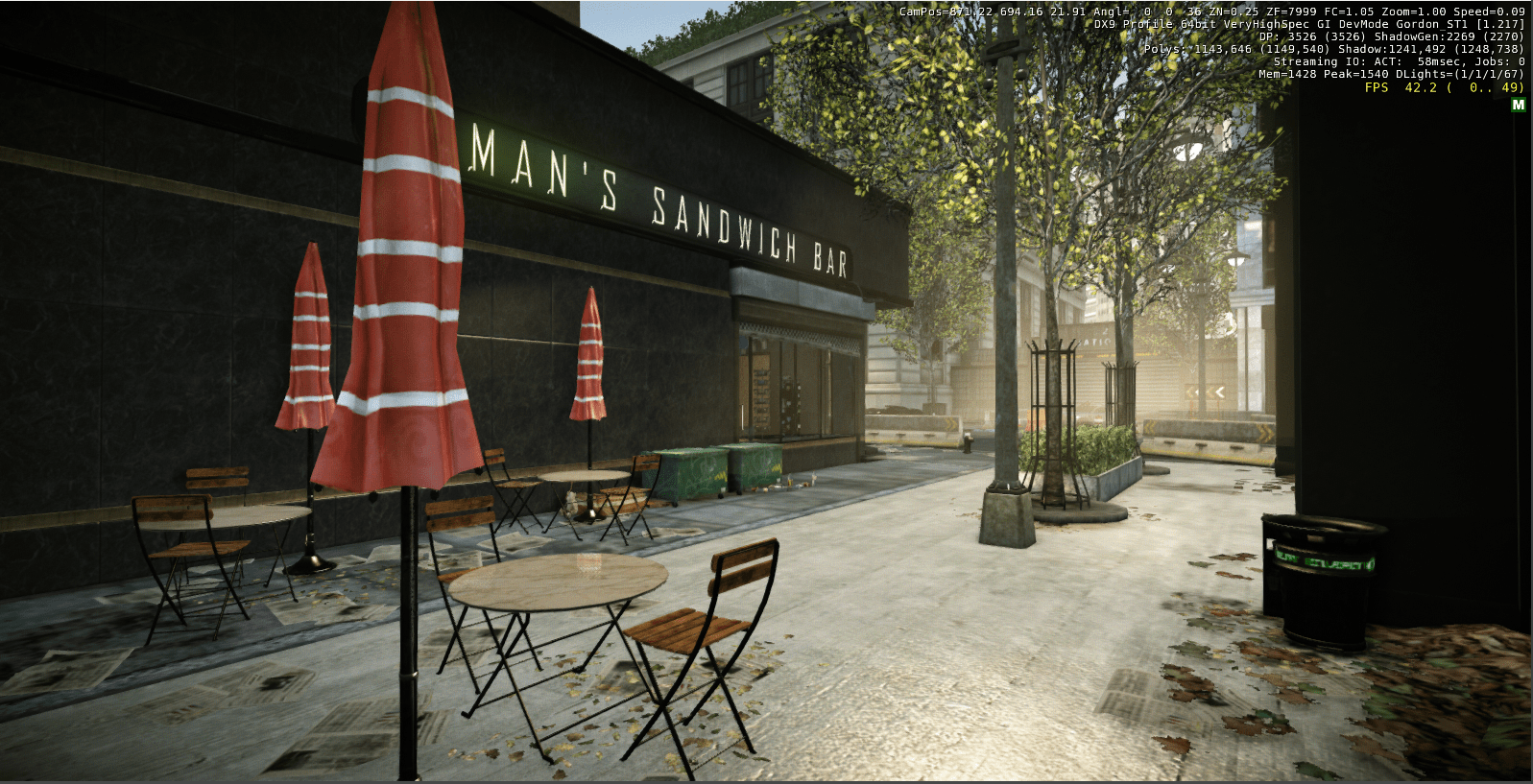 a cafe and sandwich shop, exterior of the corner store

This gameplay footage was taken in the CryEngine 3 editor, with the intent of playing a Novice (first-time playing Crysis2) player. This level happens after the “Gate Keepers” level in Crysis 2 and would not be the first time the player encounters an armed vehicle.