Travel Writing: On Tradition (an Essay) 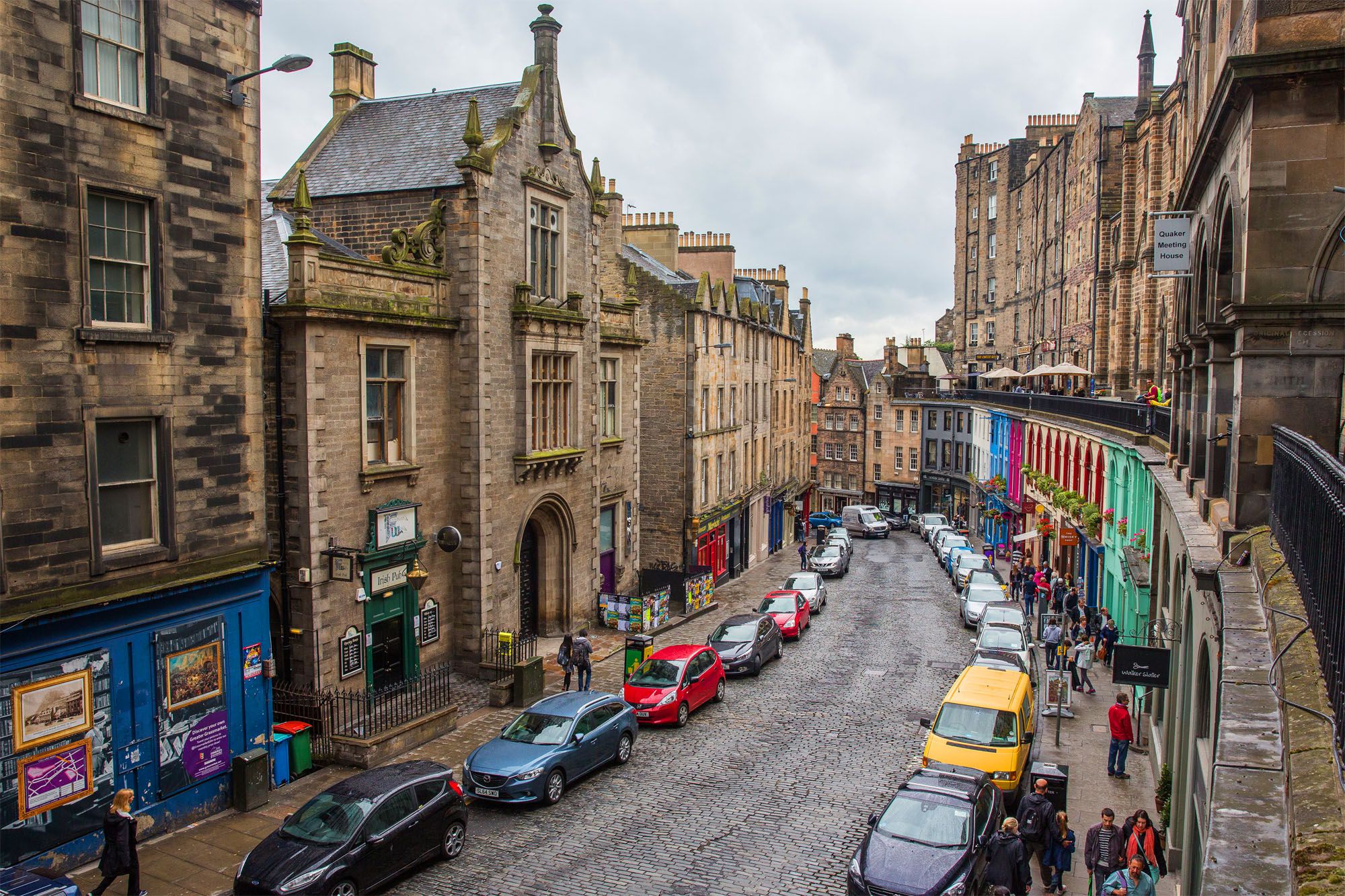 The University of Edinburgh is cold, erratically sunny, but common spurts of rain. The University of Iowa is not different. There are haunted bookshops next to corner diners. I’m a writer. I used to say it was I do. Now it’s something I am. It’s the fanatic, crazy pro-university town status that I never seem to escape.

November rolls around and Iowa is frozen before Scotland sees a drop of snow or ice. Students wrap themselves in blankets just to go outside; and I’m wearing what I wore in September.Art deco frozen yogurt shops are the perfect late night snack; and theatre show crazy adaptations from Mary Kay cosmetics, musicals or heretics staging the life of Arthur Conon Doyle through the eyes of Sherlock.

Tradition in Scotland is everywhere. It’s in the history of the streets; and the tourist attractions along Royal road. It’s in the decent fully clothed halloween costumes, and the Guy Fawkes fireworks celebration. It’s in the ground of Arthur’s seat, and in the warm plate of food on an American thanksgiving table, surrounded by people who celebrated it, even though none of them are from “America.”

The house sat on the corner of university campus. The white columned Victorian style that characterizes “British movie set.” The table sat fourteen. We had twenty. The beverages swayed on armrests and people’s laps. The television was in another room, and some had brought board games to play later. Vegan options were labeled with paper and tape. Vegetarian options in green, and meat was obviously displayed. The turkey was massive. There was ham. Bacon in the green beans. Marshmallows in the sweet potatoes. Asparagus by the dozens and vegetables by the pot full. There was cheese and grapes and butter and bread and clacking of glasses. No matter how much we ate, it looked as if we hadn’t even started.

It wasn’t even America, but I had felt more tradition than ever I had at a place people would call my “home.”

Thanksgiving. Traditional, Thanksgiving, had never been quite so normal.

I walked home sober and full. Partiers of the night swaggered from one club to the next. The women in high heels and covered shoulders, men in suits and ties, and I all I did was enjoy the decency of a walk home by the stars. It wasn’t even America, but I had felt more tradition and more at ease than ever I had at a place people called my “home.”

Or perhaps I just like German cooking a lot.

As I kid, I didn’t live close enough to relatives to know what it meant to care about tradition. Sure, we celebrated–but I missed this whole “hate your family” thing during the holidays. I never saw them enough to hate them.

So my family created our own traditions. We hung our own stockings, and trees when we could, and sometimes just ate Chinese food. Instead of blood relatives, we had friends who became family. They gave us beautiful Christmas cards, and, once when we lived there, a wonderful Thanksgiving feast. They were part-American, part-German.

Currently, I’m editing this piece in the wake of coronavirus. All my friend are isolated, and self-quarantined–what a funny phrase. I have put myself in isolation. Not you haven’t; the government has. It just sounds nicer that way–I’ve found it harder and harder to recognize the truth of my backstory. Some see me as a world traveller. Ten countries, and counting, dozens of states…

There is something about distance that brings people closer together.

All my best friends, who truly have stayed with me, stayed with me through miles and miles of separation. Only the digital world to connect us. So while I’m stuck in a small apartment, struggling to make it feel like a home, the real home is in all the people who I carry with me.

At the end of it, no matter where I end up; I’ll always have them. I’ll always have a home in those people. I see myself as a gypsy. Long forgotten in a world that has settled into cities and architecture built upon false traditions and a world of cement ruralism and concrete highways stacked against a sky as if say, “Let us in. We want out.”

This Is Not The Way