Q&A: How did I get into games? 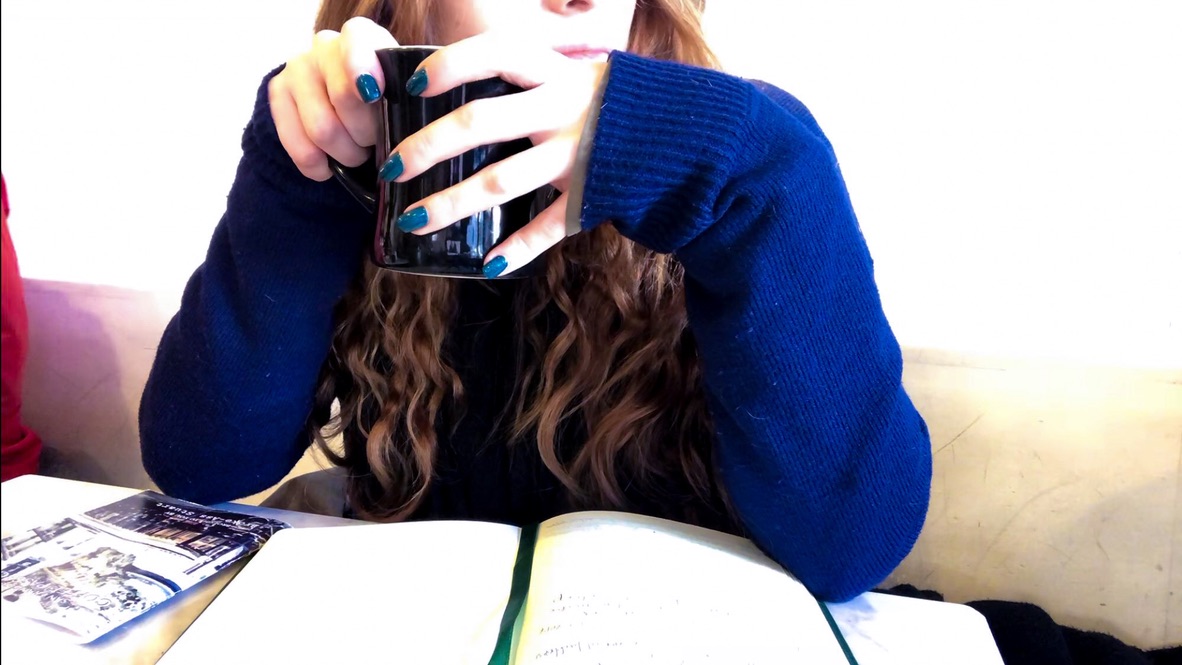 This a long one, are you ready?

As a creative writing and international studies major, I had zero technical experience when I started games. I had made websites before, sure; and maybe took a couple Ruby on Rails courses. But I never really “got” code. It wasn’t until I realized I could make games that I finally “got it” and I’m still getting there.

As the industry changes, so do we. So how did I get into games? Well sit down, grab a cup of coffee, and let me tell you a story.

My story in games

As an aspiring author, I devoted myself to writing to character-driven epic adventures. I pitched an open world, crowd sourced story to our business school. And they loved it! Now this playwright was enlisted in business. I learned UX/UI design while attending start-up weekends (like game jams, but for business) and developed skills to pitch, produce, and take a small app or game from concept to vertical slice.

This led me to work with Microsoft Ventures, the Okoboji Institute in Iowa, and become an International Business Model Semi-Finalist. Pretty cool…

…but I wasn’t a business major. I was a writer. And a manga/anime fan… who to graduate, studied the intersection between American and Japanese pop culture. I wanted to show how being a fan makes you a better creator. (Read my research on Foucault and Fandom. It’s cool!)

I graduated with a bunch of “skills,” but no idea how to use them.

As a graduate of the Creative Writer’s Workshop at the University of Iowa, I was confident in my abilities as a writer. I ran a d20 campaign for my friends for a year, and thought about pitching it to “big-name” publishers. But had no idea what technical skill I needed to even get my foot in the door.

Then, I played Journey.

One night, down in the bottom level of a shared door-less apartment, I sat down, and I played Journey. My eyes were opened. magine, how much writing went into the game–and no text to be seen? The level of empathy and connection created from such a simple experience was actually incredibly complex to achieve.

It changed my life.

Games reinvent the way we tell stories. I needed to know how. And I’m still learning how.

And so I went to graduate school….

Under the carefully laid plan of an old Unreal Development Kit piece and a 25 page DND campaign, the gates of SMU Guildhall opened up and I was allowed to enter. With 24oz of coffee a day and the realization that an English Major like me could become a game developer, I set on my quest to do the one thing I saw for myself.

I became a level design focusing on environmental storytelling and ludonarrative harmony: matching game mechanics (or in-game actions) to story (world narrative). I’m still working on my model for other designers to use. Along with other game storytelling models, but that’s how it goes.

Game design is always changing; we need to make sure we grow with it.

I am a champion of narrative in games. While I work eagerly with systems teams to reinvent and improve on storytelling tools, my passion lies in telling the best story possible from hour 1 to hour 100. I am a game designer by trade, and a writer at heart.

My writing always aimed to drive the characters forward, through their choices, not my will. Now, my design philosophy empowers the player to be a hero and choose their own destiny.

Want to learn more about me?

Follow me on Instagram for more inspiration; and some lifestyle & coffee. Get a head start and follow Furidashi on Patreon for a 1:1 direct line of communication with me!

Open for digital (in-person once the world opens up!) speaking engagements, writing/business consultations, or general business inquiries. Drop me a line at games@laurynash.com or DM me on twitter.

Neurodivergence and Game Development: How to Work In Games With ADHD

How I Got Into Games 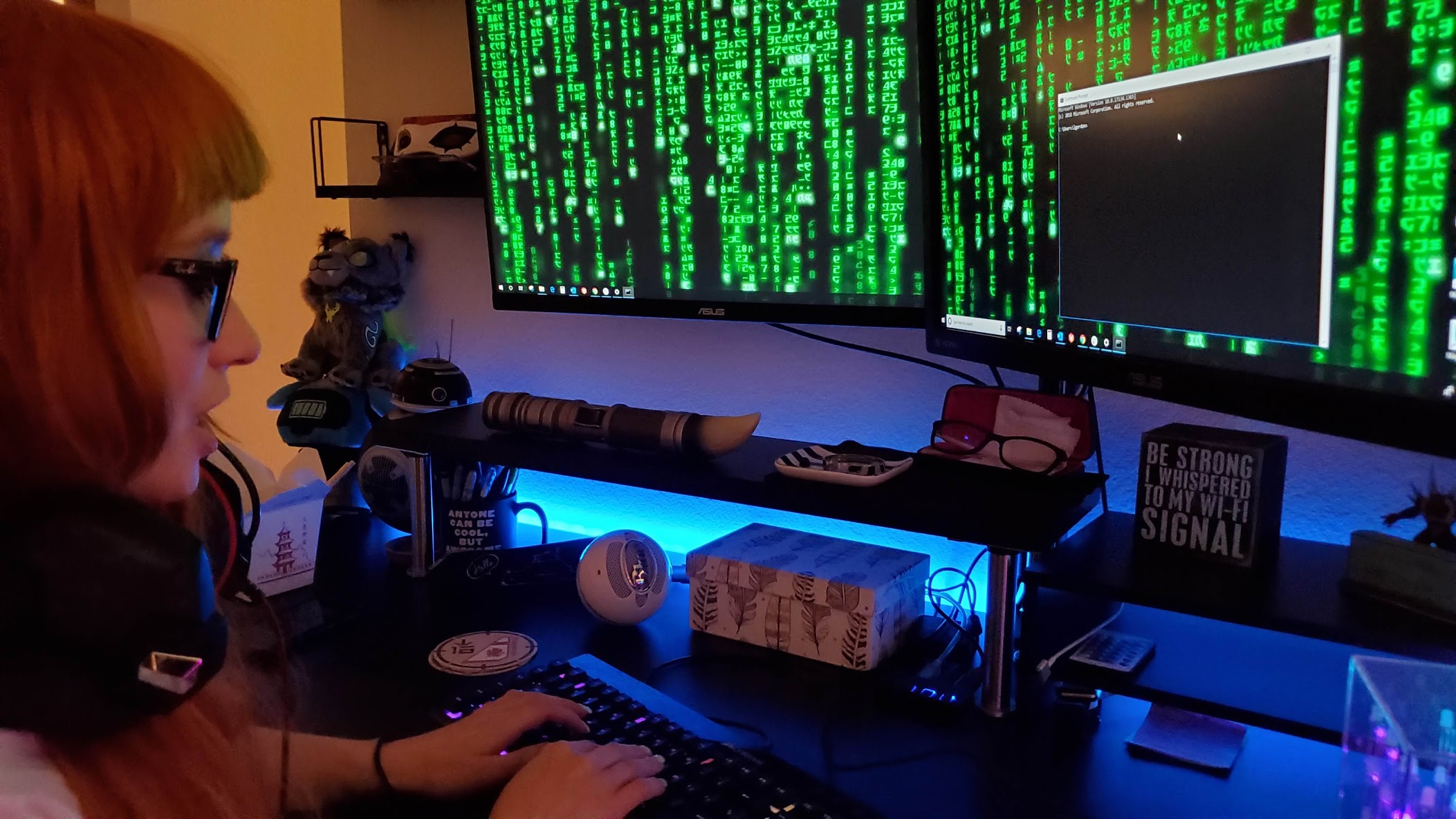 This is a story. It is told in the same life lessons I give new designers and ends with my number one piece of advice for getting into games, specifically for those who think they can’t.

This is obviously a joke. But as game developers will tell you, we spend the majority of our time making games for people to play, rarely playing them ourselves. It’s only recently that I’ve started to realize I need to stop putting the “pedal to the metal” and just relax.

Before I got into games, I didn’t even know what “modding” was. Hint: it’s what game developers call the act of making a modification to an existing game. Such as Skyrim, the base game made by developers, and Skyrim mods, made by fans, or people like me who embarked on an epic piece of branching narrative you can see in my Trials of Dushara article. [internal link coming soon]

What I did know, however, was that I did everything you could sign up for. Since a kid, I was involved in piano, dance, and vocal lessons. I also did sports (only soccer), but took tennis lessons, golf lessons, and swimming lessons since I was three. Thankfully, in high school, I pared down to the basics: theatre, debate, and drama. I was a pretty introverted kid, but getting up on a stage was easy. I couldn’t see anyone! Debate, however, kicked my teenage ass.

Getting up in front of your peers and people’s parents to be rated on how well you can make an argument about a topic you only studied for 30min is terrifying. There was also immense pressure. We had a four-diamond coach. This meant he was an elite among elites. I was on the top team, with top players.

This, my friends, is game design.

When I got to college, I quit debate, theatre, and band. No more performing! I vowed to myself. I was done with that life. Time to start a new life filled with video games, anime, and writing.

Yes, you know me by now. I failed. Miserably.

Running an anime convention known as Anime Iowa taught me how to manage people. While I wrote travel articles and did volunteer work, I learned how to observe the world around me and make random friends in coffee shops. I visited 10 countries, fell in love with San Francisco, and started my own company by 21 to share a new way to crowdsource stories and art pieces.

That was when the fun really kicked in.

I was back in debate, only this time for Business. Speaking in front of my peers, their professors, other people’s professors, I argued about why my storytelling platform was going to “change the world.” How it “put you in control of the story, not as a reader, but as a creator.”

I had no idea that I was talking about games. All I knew was that I was talking, people were listening, and I loved it. I described how the world would work, how the readers would engage with content, and most importantly, how they would impact the world, the narrative, with their choices.

Letting go of the rope

Then a small indie convention known as EPX Con brought in indie developers from around the world. We interviewed them FAQ style. What was it like to work in games? How did you get there? No one had answers, but basically, even if you knew nothing, you could be in games. You needed to be willing to learn, and learn fast.

I could do that.

By the end of my short start up career, I had interviewed over 400 people about storytelling. I had learned how to build a business from nothing, helped other students start their ideas, and gained valuable contacts for the rest of my life. But as I ended my final pitch speech for my interactive fiction game, there was one thought that terrified me more than anything:

I wasn’t making a service; I was making a game.

And I had no idea how.

The years of 2015 and 2016 were the most important years of my life. They were harder on me in ways I could never imagine. I found out what I loved, and what I loved uprooted my very foundations as a writing.

I loved writing, yes, but in games, I love systems.

I spent hours figuring how a methodology for story telling (internal link) to get emotional and organic conversation. I loved this so much, I wrote a piece on Journey‘s mechanics-driven storytelling.

Mechanics-driven storytelling got me into the Game Developer’s Conference (GDC). It became the basis of my thesis on combining game mechanics and story, and propelled my career at Crystal Dynamics.

But I can’t design systems and write. At least, not at the same time. And I don’t want to choose.

Making it a career

Systems rely on your game engine, your tools, pipelines, stakeholders in the narrative, such as directors, and when you mix mechanics (or in-game actions) into this mix, you’ve get your lead animator and you standing on the mocap (motion capture) stage figuring out how to characterize a certain character’s interacts for things like holding a piece of paper or standing idly. It’s insane!

Narrative is in every part of game design. Game design relies on systems to create structures players understand. Systems rely on people like me to figure out how we can make it as easy as possible for players to use them. None of this requires me to do any actual creative writing.

I hate it. And it’s okay to hate the things you love.

My Number One Piece of Advice