Games always seems like a mystery to “outsiders.” But really, it’s not. We’re just ordinary people with ordinary stories. If you want to get into games, but don’t know how–or worse, think you can’t–here are my 3 life lessons that helped me get to where I am today.

Before I got into games, I didn’t even know what “modding” was. Hint: it’s what game developers call the act of making a modification to an existing game. Such as Skyrim, the base game made by developers, and Skyrim mods, made by fans.

What I did know, however, was that I did everything you could sign up for. Since a kid, I was involved in piano, dance, and vocal lessons. I also did sports (only soccer), but took tennis lessons, golf lessons, and swimming lessons since I was three. In high school, I took debate, theatre, and band. I did everything so much, I would collapse at least one week a semester and somehow I never realized it was “burn out.”

And the show must go on.

When I got to college, I had the bright idea to speak about a cool little indie business idea I had. I would sell products like coffee mugs, but then readers could go to a website and see the story they were based from. These would be original stories, and would engage my “consumers” in a way they could talk about the stories of their products as characters.

This bright idea had me win the school’s competition, and others, and then evolved way outside my technical scope.

My storytelling platform was going to “change the world.” How it “put you in control of the story, not as a reader, but as a creator.”

I had no idea that I was talking about games. I loved describing how the world would work, how the readers would engage with content, and most importantly, how they would impact the world, the narrative, with their choices.

And I learned my biggest lesson: you don’t know everything and you never will.

So you better start now.

I loved writing, yes, but in games–I loved systems.

I can’t design systems and write. At least, not at the same time. And I didn’t want to choose.

Not to sound bad, but I hate working in systems. It’s messy and complex and down right dirty–but I still can’t get away from it. It’s worth it. It lets better writers and better designers, do their jobs ten times as faster so they can work just as hard and accomplish more. And that’s why i love it too.

Find what you love, know so much about it it sets your heart fire, and most importantly.

Interested in how these life lessons shaped my career? Read about it more in my games story.

A full-time game developer and writer living in the San Francisco Bay Area. I analyze the world through video games and coffee. Sharing my experience in game design, coffee, and writing. All opinions are my own. Patreon.com/laurynash 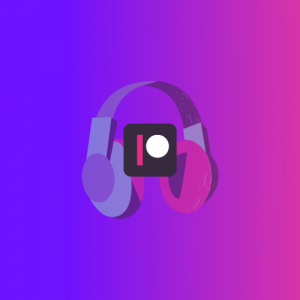